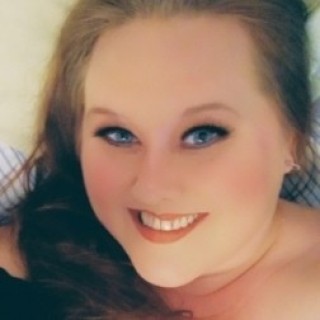 My name is Sarah Jones and I am a writer, storyteller, and advocate for mental health, addiction, and social justice. I began this website at the urging of my boyfriend Jason Campbell, in January 2019. I was having a tough time processing my grief after my husband, Keith Jones, died by suicide October 23, 2017. Jason thought I should share my life experiences to help other sufferers but mostly, to help myself. He was on to something... Sadly, tragedy struck again and Jason died by suicide January 22, 2020. Not a day goes by that I don't think about the two loves of my life that I was so fortunate to have. I hope that by fighting the stigma of mental illness and addiction, I can honor their memory and make them proud, wherever they are, out there among the stars...

I haven’t written anything recently because my momma got sick. I mean, really sick.

We have known she has COPD from years of smoking cigarettes. She was smoking two packs a day since she was fourteen, with a couple of breaks thrown in there.

One such break lasted six years. She quit when pregnant with Little Sister, and then five years after having her, she was also smoke-free. She was addicted to nicotine gum, however.

It has become increasingly difficult for her to breathe and lately she has been very lethargic and winded more than usual.

My sister took Momma to an urgent care center where she was diagnosed as having stage four COPD. Her oxygen level was low but they were able to get it up to eighty. It’s supposed to be at one hundred, or at least close to it.

The doctor reluctantly allowed Momma to go home. After being home a short while she was beginning to not make sense when speaking and feeling extremely sleepy.

Little Sister checked her oxygen level and she was at a thirty-five. Momma said she only wanted to sleep but Little Sister said, “No, we are going to the hospital, deal with it.”

Poor Little Sister watched as nurses and technicians scurried around Momma, starting I.V.’s and oxygen. ” You saved her life, ” one nurse had said.

The hospital ran test after test and when the doctor entered Momma’s room in the E.R., he gravely told Little Sister that Momma probably wouldn’t make it past a week, she was dying.

She called me hysterical and as luck would have it, my car was broke down, still is. I got to the hospital the following day and my momma was incomprehensible. She made zero sense. She also thought it was nineteen-ninety-one. I wish.

It was scary and I was very upset. Little Sister left and I stayed with Momma. I went home late that night and broke down. I was devastated.

The following day, I returned to stay with Momma all night. The previous day, I had left a sickly, frail-looking, dying woman. The feisty woman sitting up and griping about nurses was way more recognizable.

I was relieved until I found out there was very little improvement. She was simply making more sense due to her body receiving the oxygen it so badly needed.

I’m going to back up a little and tell you something about Momma.

Momma is somewhat of a drama queen. She is also an attention seeker and prefers the spotlight. She is “on stage” most of the time. Take those attributes and combine them with a little hypochondria, and you have my momma. Except this was real.

A day and a half later I arrived to Momma’s room and found her as I did before, sitting up in bed and griping about nurses. They didn’t hop around her and worship her properly, you see. So I thought I had better do it, and fast, or there was no hope for humanity. The world would surely suffer, but I digress. (I’m not a drama queen at all you know)

I was then informed she had improved. They no longer felt she was dying, at least not within a week as originally thought.

I told her, “You know, the mean one’s live forever.” She didn’t laugh. I thought it was quite funny. Sometimes I think I am the only one finding me funny. Oh well.

My aunt came up from Florida to see Momma because she was dying. With her no longer dying, (well at least not dying as soon) my aunt feels she has wasted a trip. She’s the aunt who only comes to Oklahoma when someone dies. She’s hysterical. I spent some time with her today and we have a lot in common it turns out. She may be more of a bitch though. I have much to learn.

So, there you have it. I am stressed, tired, and now dealing with an incredibly difficult patient. If Momma had her way she would fire all of the nurses and only have me and Little Sister nurse her.

I don’t mind helping or taking care of her. She is just a horrible patient. At three in the morning, right as I am drifting off to sleep, she begins to poke me. She also demands ice chips, she is allowed a couple of teaspoons a day. She is very thirsty and I understand that. She can’t have anything by mouth because she is aspirating everything she ingests. So no, Momma, I’m not going to be responsible for killing you, at least not today.

In all seriousness, although she drives me insane, I love her so hard and we are very close. I know someday I will have to live without her, but I’m not ready. I still need her. I suppose I will always feel that way.

We are always our mother’s babies, and they are always our mommies no matter how old we are. I am thirty-seven and when I’m sick I would give anything to feel my mamas cool hand checking my forehead for a temperature, or have the best potato soup ever that she always spent hours making for me when I had strep throat. It would be hard to pick a favorite memory, there are many.

Now I’m going to go fluff her pillows for the millionth time, figure out how to put subtitles on the blaring television, and empty her urine bucket because according to her, that work is too gross for the nurses. I will do all of this with a big smile on my face because one day I will wish she were here to cause me all of this stress. Oh ya, also because I freaking love her so much. She’s nuts, but she’s mine.